Departure imperative at 5pm, so be present 15 minutes before.

One car will open the road and one will close it.

Starting order in category group with positioning according to your bib number.

You will have to wait at the top and then go back down behind a car by the same road.

And we start again with joy and good humour for a second climb.

First start at 9am in Moutonne, the same categories as yesterday. Of course, you will have to arrive 15 minutes before, listen to the commentator and his official interpreter who will announce the numbers and names of the competitors.

We will start with the 200m individual race, you will have 1500m in total. Refreshments at the finish and return by the same route when the last competitor has arrived.

The standing start km will be run in pairs.

8:30am fictitious departure from Orgelet to Rothonay with opening and closing cars. Be on site 15 minutes in advance.

Accompanying persons can go to Rothonay before the peloton.

Start at 9am (in principle if everyone is there!)

The race will be stopped when the first person has completed the ten laps. You have to finish your lap, a car will close the race!

The different events are grouped together in a fairly small area, so all trips can be made by bike.

Itineraries will be provided on Friday during the administrative checks.

- The traditional hill climb with, this year, a special feature: you will have to climb twice the 2,750 km long road with a positive elevation of 122 m --> 244m in total then !.
The ascent (in blue) for safety reasons you will make the descent grouped and slowly to reach the second start as at the end of the event! 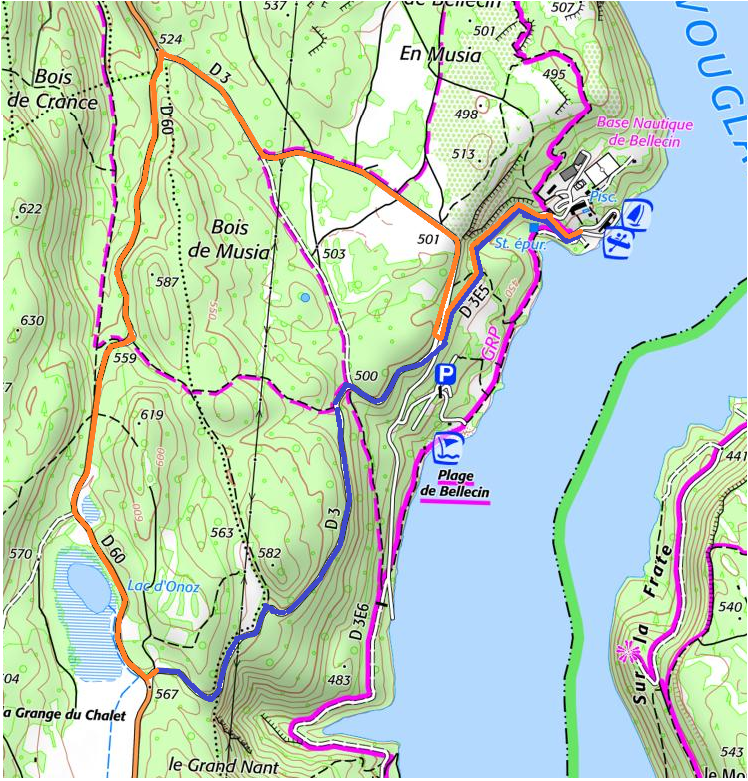 Part of the 4km straight line (in blue) 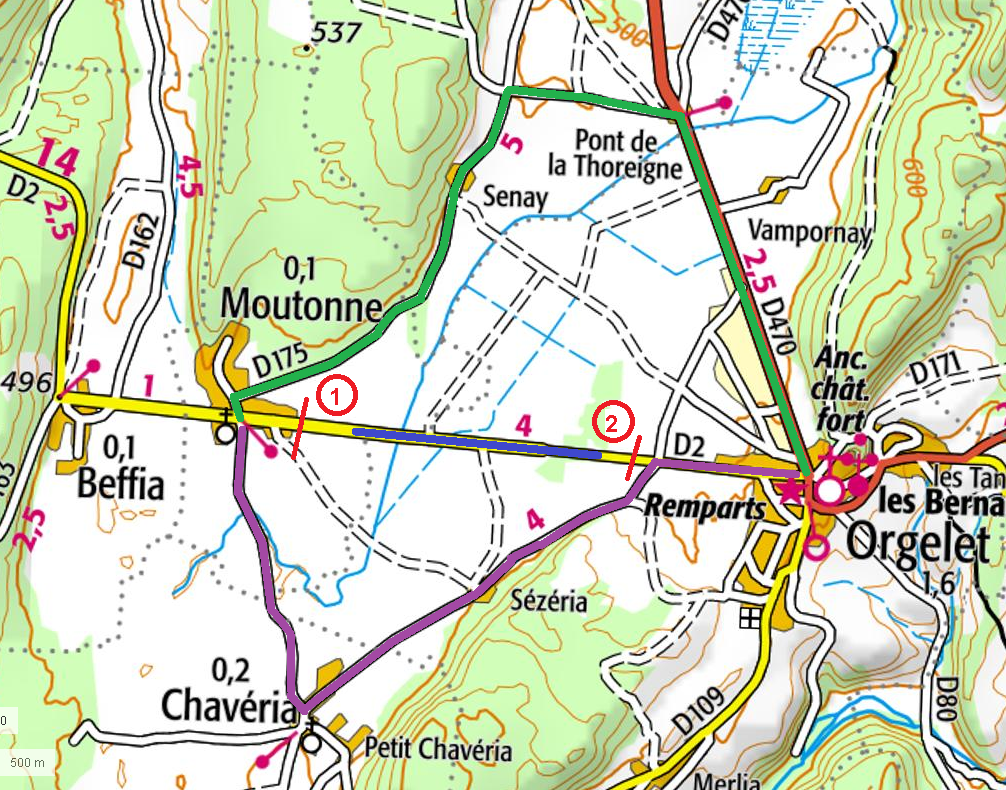 A neutralised and supervised start from Orgelet at 9am to Rothonay (in green) open road and on a part of the circuit (in blue) forbidden traffic in both directions.

The start of the race for 10 laps of the circuit will be at 9.30 am in the centre of the village of Rothonay, the finish will be at the same place.

The race stops after the first rider has passed the line at the end of his tenth lap.